Blyth increases stake in ViSalus Sciences – CNBC.  Join me in ViSalus at www.angelabee.bodybyvi.com

GREENWICH, Conn. – Blyth Inc., known for marketing its home fragrances and décor through house parties, said Friday that it completed the second phase of its acquisition of ViSalus Sciences.

Blyth first invested in ViSalus in August 2008, acquiring a 43.6 percent stake for $13 million, according to a filing with the Securities and Exchange Commission. Financial details of the latest phase were not disclosed.

Under the agreement, Blyth said it will be required to buy more of ViSalus’ stock in 2012 and 2013 if ViSalus meets predefined operating targets.

In addition to home parties and one-on-one sales, Blyth sells its products online, by catalog and at wholesale.

Copyright 2011 The Associated Press. All rights reserved. This material may not be published, broadcast, rewritten or redistributed.

GREENWICH, Conn., April 15, 2011 /PRNewswire/ — Blyth, Inc. (NYSE: BTH), a leading multi-channel designer and marketer of home fragrance products, home decor products and household convenience items, today announced that it has closed on the second phase of its acquisition of ViSalus Sciences and now owns 57.5% of the company. Blyth made its initial investment in ViSalus in August 2008. ViSalus is a network marketing company that sells weight management products, nutritional supplements and energy drinks through a network of independent sales distributors.

Commenting on the investment, Robert B. Goergen, Blyth’s Chairman of the Board and Chief Executive Officer, said, “ViSalus is a 90 day fitness challenge that has resonated with consumers and distributors for its outstanding products, an industry-leading earning opportunity and a simple business model. Blyth is proud to partner with the ViSalus Founders, management team and independent distributors as they create thousands of businesses across the country. Moreover, increasing our ownership in ViSalus furthers Blyth’s strategic focus on direct-to-consumer businesses.”

Ryan Blair, a Founder and Chief Executive Officer of ViSalus, commented, “The Blyth partnership has been an enormous benefit to ViSalus, with financial and management resources supporting our significant growth in 2010 and our strategic growth objectives for 2011. Blyth’s U.S. and international direct sales experience will continue to be invaluable to our expansion plans.”

Blyth, Inc., headquartered in Greenwich, CT, USA, is a Home Expressions company that markets an extensive array of home fragrance products, decorative accessories, seasonal decorations and household convenience items. The Company sells its products through multiple channels of distribution, including the home party plan method of direct selling and one-on-one direct selling, as well as through the wholesale and catalog/Internet channels. Blyth also markets tabletop lighting and chafing fuel for the Away From Home or foodservice trade. The Company manufactures most of its candles and chafing fuel and sources nearly all of its other products. Its products are sold direct to the consumer under the PartyLite®, Two Sisters Gourmet® by PartyLite and ViSalus Sciences® brands, to retailers in the premium and specialty retail channels under the Colonial Candle®, CBK® and Seasons of Cannon Falls® brands, to retailers in the mass retail channel under the Sterno® brand, to consumers in the catalog/Internet channel under the As We Change®, Miles Kimball®, Exposures®, Walter Drake®, The Home Marketplace® and Easy Comforts®, and to the Foodservice industry under the Sterno®, Ambria® and HandyFuel® brands. In Europe, Blyth’s products are also sold under the PartyLite brand.

Blyth, Inc. may be found on the Internet at www.blyth.com.

This press release contains “forward-looking statements” within the meaning of the Private Securities Litigation Reform Act of 1995. Forward-looking statements include statements concerning plans, objectives, goals, strategies, future events or performance and underlying assumptions and other statements that are other than statements of historical facts. Actual results could differ materially due to various factors, including the slowing of the United States or European economies or retail environments, the risk that we will be unable to maintain our historic growth rate, our ability to respond appropriately to changes in product demand, the risk that we will be unable to integrate the businesses that we acquire into our existing operations, the risks (including foreign currency fluctuations, economic and political instability, transportation delays, difficulty in maintaining quality control, trade and foreign tax laws and others) associated with international sales and foreign sourced products, risks associated with our ability to recruit new independent sales consultants, our dependence on key corporate management personnel, risks associated with the sourcing of raw materials for our products, competition in terms of price and new product introductions, risks associated with our information technology systems (including, susceptibility to outages due to fire, floods, power loss, telecommunications failures, computer viruses, break-ins and similar events) and other factors described in this press release and in the Company’s most recently filed Annual Report on Form 10-K.

One thought on “Blyth increases stake in ViSalus Sciences – CNBC” 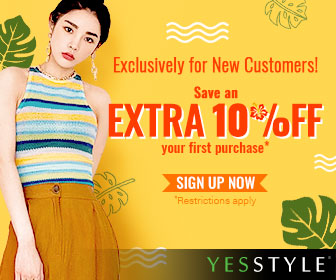